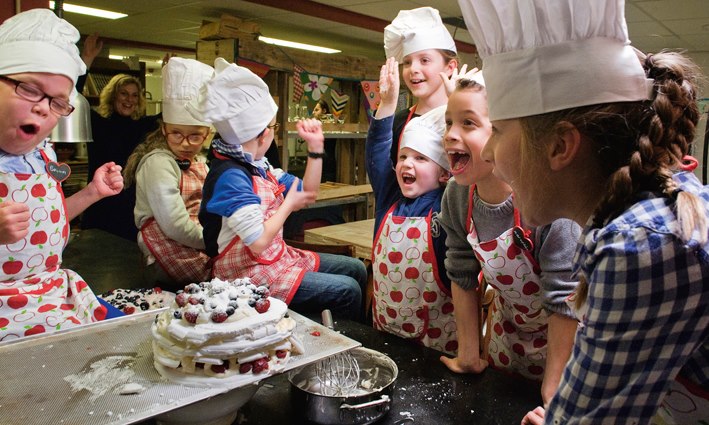 My absolute favorite in the book, this pic of a kids’ cooking workshop (not too healthy cakes), by Maarten Laupman.

My work has been mostly about veggies lately. I wrote the Dutch part of the Groene Gault Millau (the Green Gault Millau), a guidebook listing the best greengrocers and (farmer’s) markets of the Netherlands and Belgium. Also included are interviews with chefs who put vegetables center stage. Jonnie Boer of De Librije was one of the first Dutch chefs who created truly inventive green dishes and offered a complete vegetarian tasting menu in the 3-Michelin-star restaurant. I believe this is the way forward.

I also worked on Sophia Kookt!, a forthcoming book to celebrate the 150th anniversary of Sophia Children’s Hospital in Rotterdam. The book features the favorite recipes of young patients, but also those of doctors, nurses and other staff. More than just a cookery book, it’s a beautifully designed homage to the hospital, full of personal anecdotes and full-color pictures.

Most recipes had to feature fruit & veg, which prevent you from getting sick if you are not and help you get better faster when you are. But try explaining that to a (sick) kid sitting in front of a plate of green mush. Doctors told to me that eating well is one of the biggest issues in the children’s hospital. When you’re sick the last thing you want to is eat, but food plays such a crucial role during recovery. Often times, the patients are allowed to eat any food, even sugary snacks, in order for them not to lose too much weight.

But vegetables don’t have to be yuck nor scary. The challenge was to create healthy dishes with ‘hidden’ vegetables that look attractive enough for kids to at least give them a try. Supposedly a child needs to try a certain flavor up to seven times to finally accept it. I’ll post a few of the vegetable recipes over at my recipe blog. 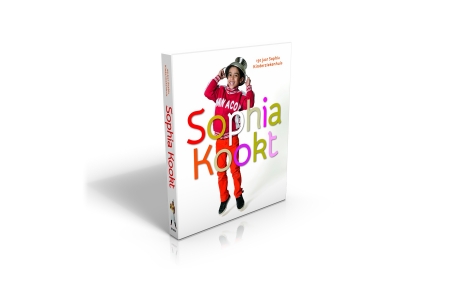 Preorder Sophia kookt! – 150 jaar Sophia Kinderziekenhuis or take a look inside the book.€19,95
Trichis Publishing
Proceeds of the book will go towards medical research.